Reshape and Reposition the Eyebrows in the Philadelphia, PA, Area

A brow lift at the Philadelphia area's Cross Plastic Surgery is a popular procedure, because the eyebrows are one of the most important facial features when showing expression. Even at rest, one can look tired or angry as a result of the natural position of the eyebrows. Refining the shape and position of the eyebrows with a brow lift can change not only how youthful and energetic one looks, but can also change whether one appears sad or angry or at rest.

This is easily illustrated in the below image. There are three identically drawn stick figures. The only difference between the three is the appearance of the brow, notice how simple brow position changes effects the perception of the faces.

With age, the brow often descends downward due to weakening of ligaments and tissues that hold the eyebrows in position. When this happens, hooding over the outer half of the eye occurs, upper eyelid skin excess looks more significant, and the eyes appear tired.

Patients are often told by providers that brow lifts are not effective, not long lasting, or don't look natural. These issues can be true when the procedure is not performed correctly. There are strong ligaments that hold forehead and eyebrow tissues in place. When these ligaments are not released correctly, the result will not look natural or be long lasting. When the proper procedure is chosen, the proper release of ligaments is performed, and the proper repositioning is achieved, results can last a decade or longer. Furthermore, when performed correctly, patients look natural—often more natural than they did with their brows out of position.

Older methods of adjusting the position of the eyebrows involved an incision that went across the top of the head. While this approach is still used and can be very helpful in some patients (patients with receding hair lines or those in need of a forehead reduction), a newer brow lift technique uses two to four small incisions, each less than the width of a fingernail, that are hidden in the hair above the forehead. A highlight of this new technique is that no hair follicles are cut for the procedures. Patients will be able to go to their hair salon or barber within a few weeks, and the stylist will have a hard time finding the incisions.

The endoscopic approach combines the benefits of the old-fashioned brow lift with modern technology to virtually eliminate the presence of scars. Using small, narrow, endoscopic equipment and cameras, retaining ligaments are released, the brows are placed into the proper position, and they are secured in their new position using fasteners that are placed under the skin in the area above the hairline. The small devices are then dissolved by the body over the course of six months after brow lift surgery, long after the tissues have healed and no longer require the support of the fasteners. The endoscopic brow lift is most commonly used by Dr. Cross when a significant amount of lifting is necessary. The endoscopic brow lift approach also allows complete control of the shaping and positioning of the eyebrows. The procedure is minimally painful and recovery is measured in days to a week, with the longest-lasting component of the recovery being numbness in the hair region that can last a few months.

Many patients experience a low position or drop of the outer half of the brow as opposed to the entire brow. These patients can get an even more conservative approach that targets the outer half of the brow. The lateral brow lift uses just one incision on either side, hidden in the hair follicles just behind the temple region. There is less need for ligament release. This permits an even faster recovery and reduced numbness during the healing process.

Brow Lifting Through the Eyelid Incision

Other methods of adjusting the position of the brow include using the incision that is used for upper eyelid rejuvenation. This option is great for patients who are bald or who have a very high hairline that prevents the use of the endoscopic brow lift or lateral brow lift techniques. Commonly used in men, this procedure involves the release of the retaining ligaments through the incision that is used for an upper eyelid procedure. The incision to lift the brow is hidden in the natural crease of the eyelid.

Forehead reduction procedures and hairline lowering procedures can be combined with brow lifting to add the extra element of correction seen in a lower hairline. This creates a more youthful appearance to the upper third of the face. The incision for these procedures is hidden in between the hairs at the front of the hairline. Using his advanced version of skin closure—skin edge eversion—Dr. Cross can achieve imperceptible scars while creating the benefit to the hairline and brow position.

A brow lift is often combined with other face procedures to address excess skin or fat around the eyelids. With a brow lift procedure, it is often possible to remove less skin—or even no skin—from the upper eyelids.

Recovery takes a few weeks. During this time, there is little pain, but expect some bruising and swelling. Since all of the incisions are hidden in the hair-bearing scalp or in the crease of the eyelid, it is quite easy to hide this procedure once the swelling and bruising subsides. After two weeks, patients are allowed to return to strenuous activities.

Contact Cross Plastic Surgery for a brow lift in Philadelphia (215) 561-9100 or Main Line's Villanova (610) 688-9100. You can also send a message online to inquire about a consultation, or for more information. 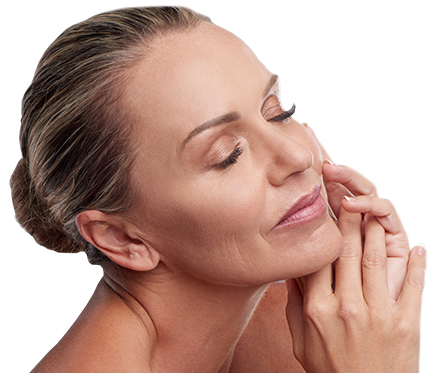 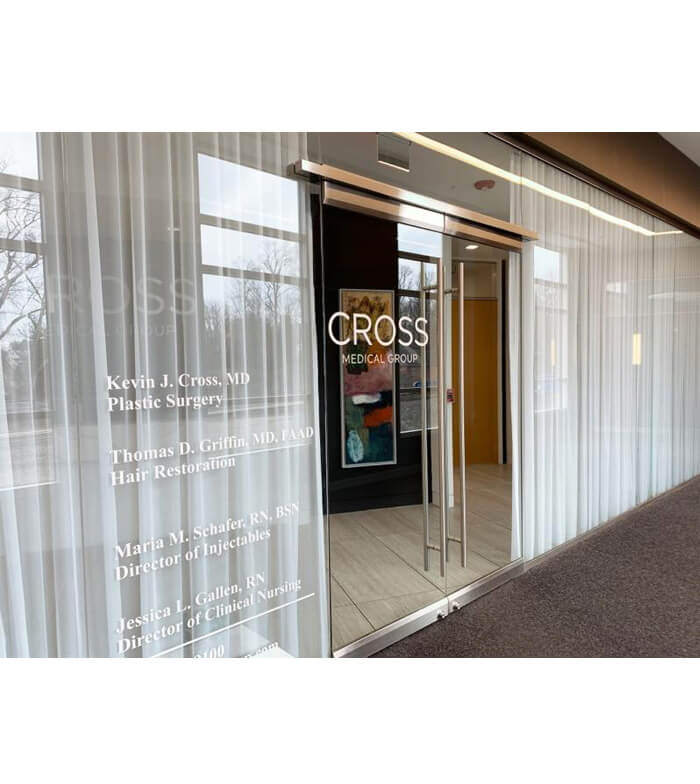 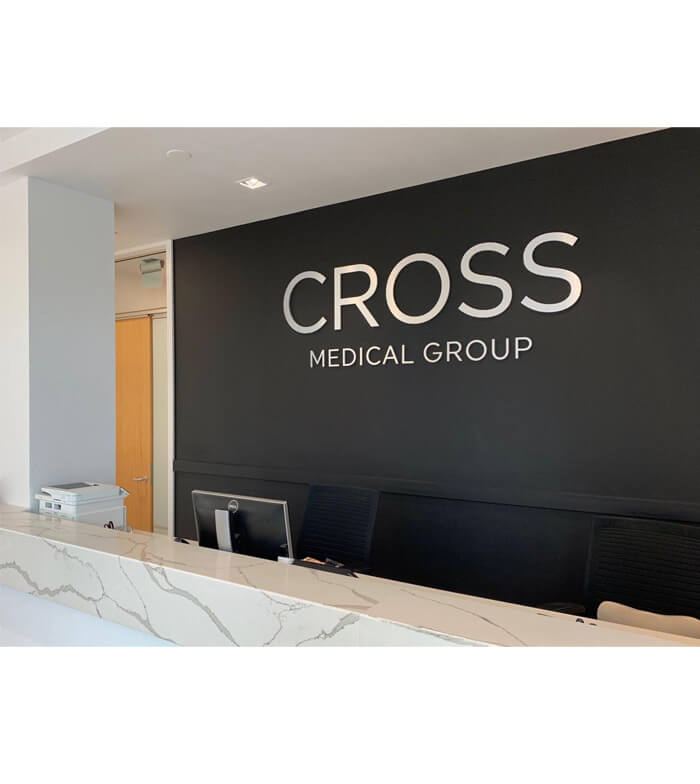 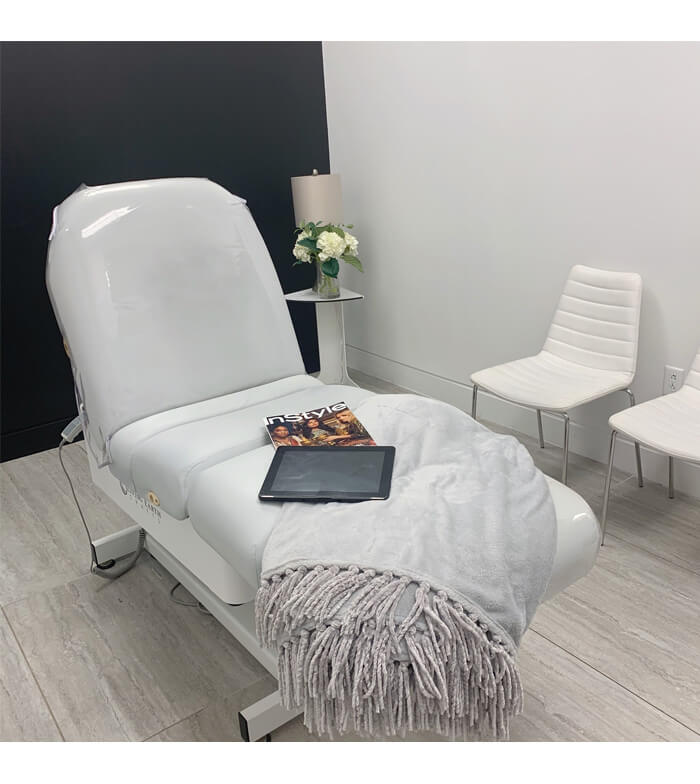 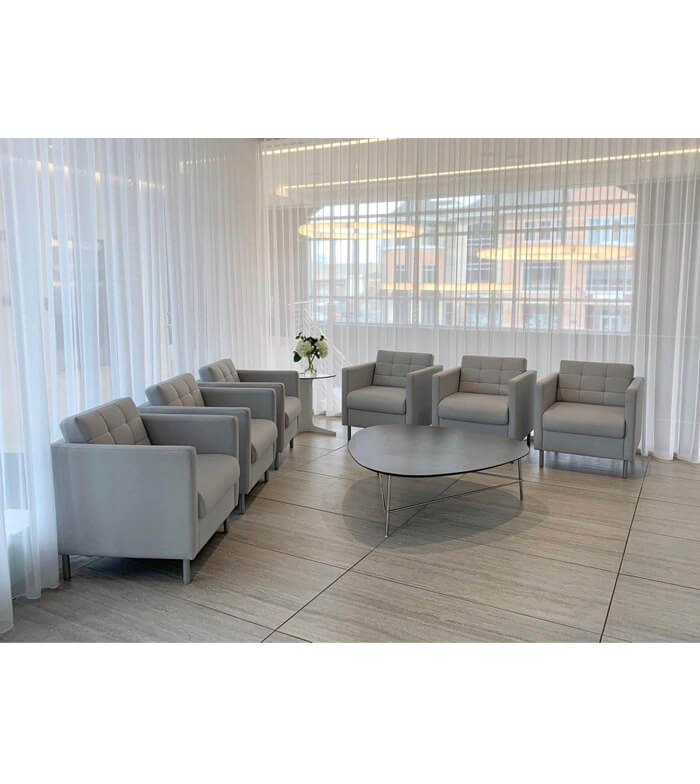